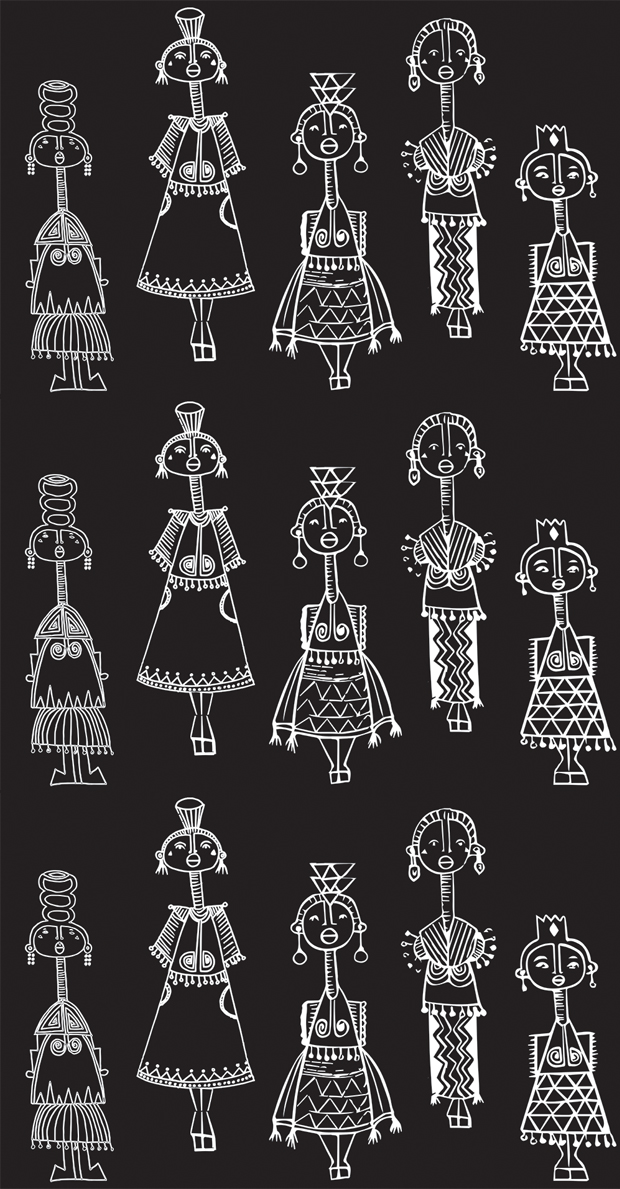 Last year, in a post about my work, Grace Bonney wrote …I really envy people who seem to have been born with an innate sense of personal style that is so strong that it’s easy to identify their work/home in an instant…And I feel like people often say that about my style and it makes me wonder, where did my wacky, wild style come from? How did I cultivate it? Is it, in fact, innate? In order to get to the bottom of it, I have to think back and unpack deep questions about myself and my identity.

After college I made a conscious decision to pursue the visual arts instead of the performing arts despite the fact that I’ve always truly loved to sing. As teenager I sang in bands and choirs and for as long as I can remember I wanted to grow up to be a singer. I practiced ‘runs’ with Mariah (I had a Vision of Love was playing on repeat) and I tried (hard) to train my voice to mimic Chaka’s grit. I learned to play all my favorite Jewel songs on the guitar and I wrote long (often tortured) ballads inspired by Tori Amos and Ani DiFranco. I sang in gospel choirs, jazz choirs and classical choirs, I did musical theater. But somewhere deep down I never felt I sounded ‘black’ enough to really sing soul music (I never did master Mariah’s runs), and that I wasn’t ‘white’ (or thin) enough to be the next Jewel or Tori Amos.

As I explained this (kind of embarrassing) revelation to Jason the other day as we were chatting about my career path, he said something that has been on my mind ever since. He simply said “You were trying to sound like everybody else instead of just trying to sound like Justina.”

Yes. Wow. I had never (ever) thought about it like that. In hindsight it is so obvious. Painfully obvious. But I was working out my issues of my ethnic identity and I was somehow fixated on who I sounded like and which musical ‘genre’ I fit neatly into. In doing so I was limiting myself based on binary, juvenile (and ignorant) notions about ‘race,’ music and what I should sound like instead of focusing on discovering my sound, my voice or even, simply, focusing on what brought me joy.

Now that fifteen years have gone by and I’ve cultivated my own sense of style, I wonder if it’s not that very struggle with my own ethnic identity that has given me such a unique voice in the design industry?  Is it that feeling of not fitting comfortably in a single genre (or ethnic group) that brings so much contrast and eclecticism to the rooms I design?  Is it that I feel I can fully express my identity through design in a way that I never really felt I could with singing? Is it that in design I never tried to make my work fit into anything. It was always about what looked fun and inviting, relaxing and homey to me. Or maybe it’s just that I’m a better designer than I ever was singer. I guess it’s hard to pinpoint. But I am pretty sure that this crazy style of mine was not something I was born with. I feel like it’s come after years of working to embrace, discover and then express all of the colorful parts of myself. Now that I know what my style looks like, maybe the next time I pick up my guitar I’ll have a listen and see what Justina sounds like, too. (hint: less Mariah, more Justina).