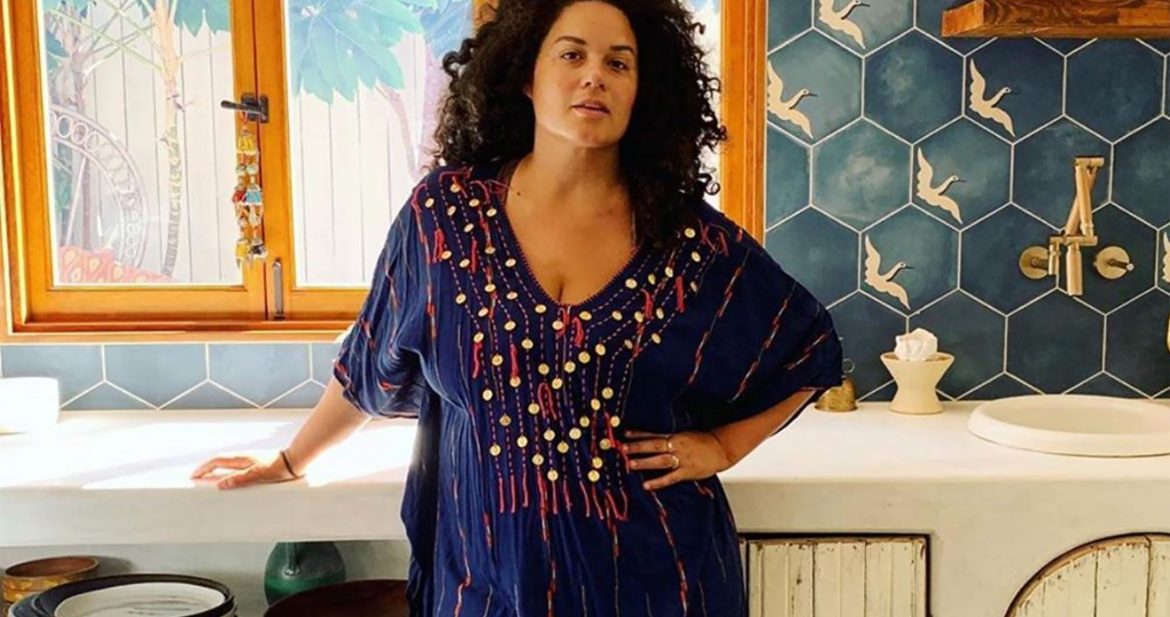 It all started last spring with a clogged ear. After a shower one morning, I couldn’t seem to shake the water out of my left ear but was late for a meeting and so I just let it be clogged. That day turned into a week which turned in to a month which turned into two months where it stayed clogged on and off. I noticed myself avoiding dipping my head under while in the bath or in our jacuzzi, strategically placing my face this way or that while in the shower to avoid getting water trapped in it. But I just dealt with it in order to tackle everything else on my to-do list.

Eventually summer came around and I still had not treated my ear and we were on a flight to Mexico for our annual family vacay. The first dip into the ocean, and not one ear but both ears were clogged now, and my hearing decreased to about 40%. I was angry at myself for letting it get that far, but now we were in Mexico far from the ear clinic I had been to when this happened about five years prior.

Then Ida got lice and my Mexico trip was dominated by picking nits from her head and taking trips to the pharmacy for lice shampoo.

By the fifth day of our vacation, my hearing had gotten so bad that Jason found me a doctor, and forced me into a cab to go to the appointment. After a quick and painless five minutes, the doctor flushed out and cleaned my ears, gave me an antibiotic to prevent infection and I could hear again. He told me not to wear ear buds, but to wear the kind of headphones that go over my ears, apparently the buds can push wax deeper into your ear and make a bad situation worse. He also left me with a warning as well that I could have permanently damaged my ears had I let it go much longer. When water gets trapped inside the ear an infection can develop easily and without the proper medication can result in hearing loss. Yikes.

I honestly don’t know why I let it get that far, but it was a huge wake-up call.

I had been juggling work life and family life to the point where taking care of myself became the lowest thing on my priority list. And I’m not even talking about things like getting my hair or nails done— I’m talking basic ‘see a doctor if you’re sick’ type of self care. It was bad.

And I realized that I was doing that in almost every aspect of myself. I wasn’t exercising. I was eating a lot of processed crap. I felt lethargic, and at times maybe a little depressed. So I decided it was time to make a life change. I got a trainer who could come to me. (One of my excuses for not going to the gym or getting a trainer until then is because my husband and I share a car and don’t have access to a car in the mornings). She would come to the office and our shooting area would transform into a gym the hour before work started, and anyone from the office who wanted to work out could join in.

So I began working out with Stephanie three times a week. A couple of months after that, I was eating an apple and a chunk of one of my teeth fell out onto the floor. Yikes. It had been seven years since I had been to a dentist (I have anxiety/phobia around dentists due to some previous terrible experiences). I had done it again — waited until my situation had gotten drastic before taking care of myself. So this time I made an appointment with my dentist right away.

I needed a root canal. I cried a little bit when I found out, but I handled it, and that was the catalyst for the next phase of my self care journey.

After that, I got gangster. I went to the gyno, the dermo, and did a ‘wellness exam’ where I had blood work done to make sure all was good. It had been since giving birth to Ida (seven years!!) since I had seen a doctor besides one pap test.

I also began jogging three days a week for forty minutes, wearing sunscreen, putting oil on my face and neck before bed each night, flossing everyday, logging the food that I eat and drinking more water, and paying more attention to my digestion — since Ida was born I’ve had consistent diarrhea and constipation, and very painful periods and have done very little to address it.

I took a food sensitivity test (learn more about that in my Stories) and discovered that I have major food sensitivities to dairy, soy and peanuts (among other more mild triggers) and have since cut those things completely out of my diet.

I feel like I’m only at the beginning of this journey. I’m allowing myself to come in late for work in order to drop Ida off at school and then go for my jog. I’m prioritizing this over frequent blogging and Instagramming. I’m family using weekend time to go grocery shopping on the weekends so that I can pack myself lunches to take to work and set myself up for success with my eating. I am taking my bicycle places instead of taking a rideshare so I can get more cardio in, even if it takes longer.

It’s a long road that is more about creating new habits for myself than anything else. I have always hated jogging, but now after two months of jogging three days a week I crave it and even go on the weekends.  I love my workouts with Stefanie, and oddly enough, I don’t even miss eating dairy (still working on the soy and the peanuts…) Below I have detailed some of the tools and products that have been making this journey easier and more fun, if it’s at all helpful.

I needed multiple wake-up calls to get me to where I am now, and I still have such a long way to go — but what I’ve realized is that I’m such a better mom, and such a better leader at work when I’m full of life, energy and feeling good about myself. 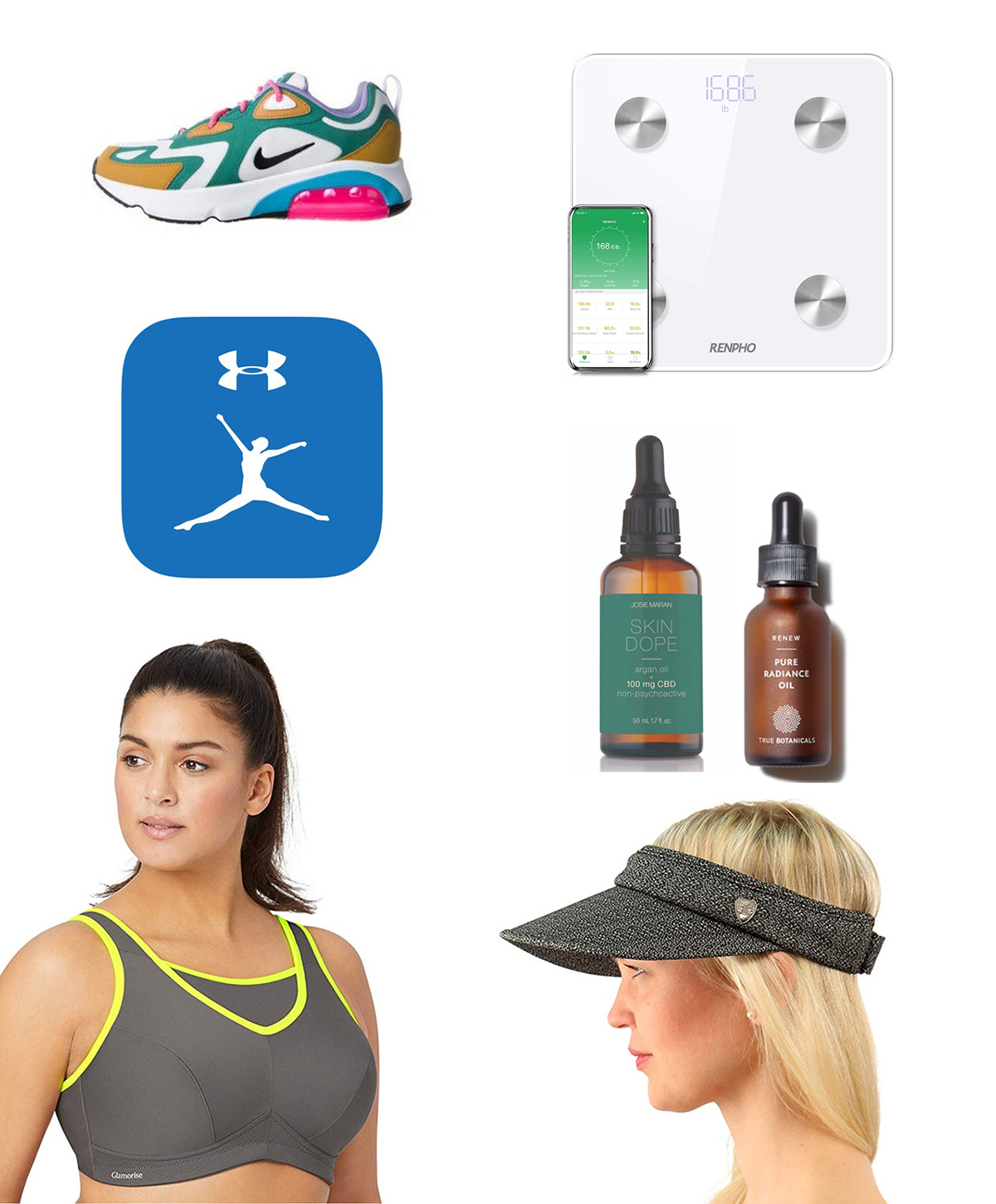 Getting some fun running shoes motivates me to keep going. These are my current faves.

The Renpho scale is a ‘smart scale’ that measures body fat, muscle mass, protein and body water in addition to weight. Because for me this journey is all about getting healthy, having a scale that gives me insights about how much muscle I’m building or water I’m drinking is much more motivating than a traditional scale. I try not to let this scale dictate how I feel, but it has been a helpful tool for tracking progress.

I track the food I eat using the Myfitnesspal app. I like this tool a lot because it’s not all about counting calories for me but about making sure I’m getting the nutrients and vitamins I need. During my wellness exam I found out I was deficient in iron, and during my food sensitivity test I learned I have a lot of yeast in my gut. Now that I can’t eat dairy or soy (and I eat fish but no other kinds of meat) the app helps me monitor everything from my iron and carbs intake to protein so that I focus on eating that fuels me.

I’ve been using two face oils at night, (alternating days, not two at a time). Josie Maran Skin Dope which is argan oil and hemp oil,  and True Botanicals Pure radiance oil. My face feels amazing when I wake up in the mornings and it is a nice, nice feeling.

This visor does a good job of keeping the sun off of my face while I’m jogging, which is super important.

And this is the best sports bra for the price that I could find. It’s a bit stiff but it holds in the ladies.