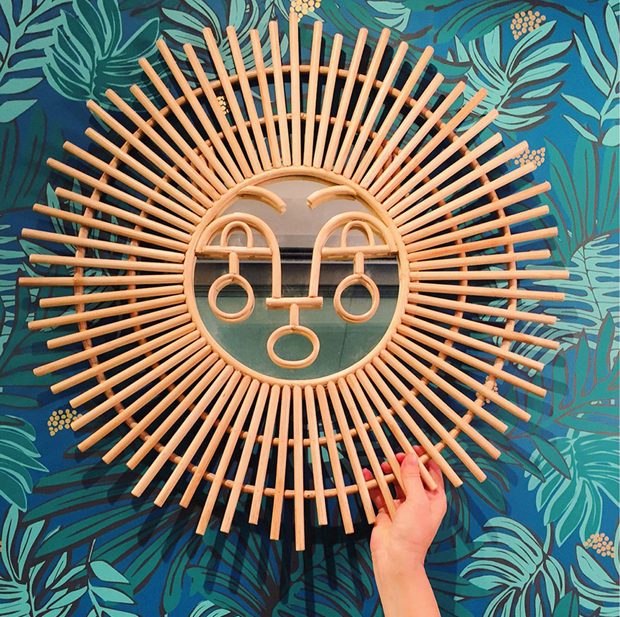 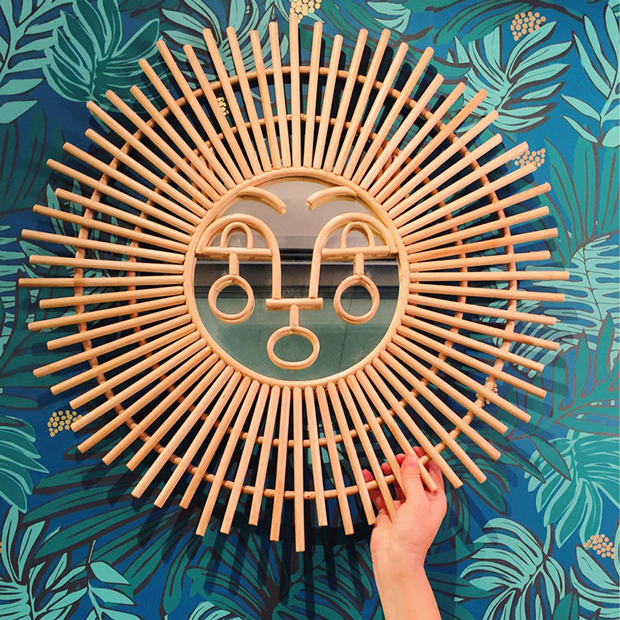 The sun is by far the most important source of energy for all living things on earth. Humans and plants alike draw energy from the sun, and its power to give life, light, and energy to all living things shows up in so many of the world’s cultures and religions. So it’s no surprise that solar symbolism and iconography is all around us. These solar symbols often take a human shape. How many times have you seen a sun symbol with a face? If you hang out here, we’re guessing you’ve seen that a lot! In fact, my logo, and the Ida, Ayo, and Emuna mirrors (just to name a few) were all inspired by the human-nature connection that is made possible by the sun.

As humans, we have an innate tendency to give human characteristics to things we love, we identify with, and things we want in integrate into our lives. It’s our way of making that thing closer to us. The tradition of anthropomorphizing (giving human attributes to non-human things) the sun has been a tradition in many cultures all throughout the world for centuries (millennia?), some examples include coins with sun faces  that were found from the Artuqids of Mardin (a Turkman dynasty) from the 1200’s, the Aztec and their depictions of their sun deity on the Sun Stone (from 1500’s),  and in the high medieval period the sun-faces appeared in Europe and became popular during the Renaissance period,  and the solar symbolism party keeps on keepin’ on!

We love using sun symbolism in rooms that could benefit from an infusion of solar energy. For example, if your bedroom doesn’t get much light and you find it hard to wake up in the mornings, try putting a sunny piece of art on the wall. While it doesn’t actually bring in more light (unless it is highly reflective) it definitely helps “brighten” the space up because we associate the sun (and any symbols representing the sun) with warmth, light, and well-being.

We’ve rounded up some of our sunny favorites! All these pieces are from our partner site, Chairish. What pieces are your favorite? Where do you like to place your sun symbols in your home?