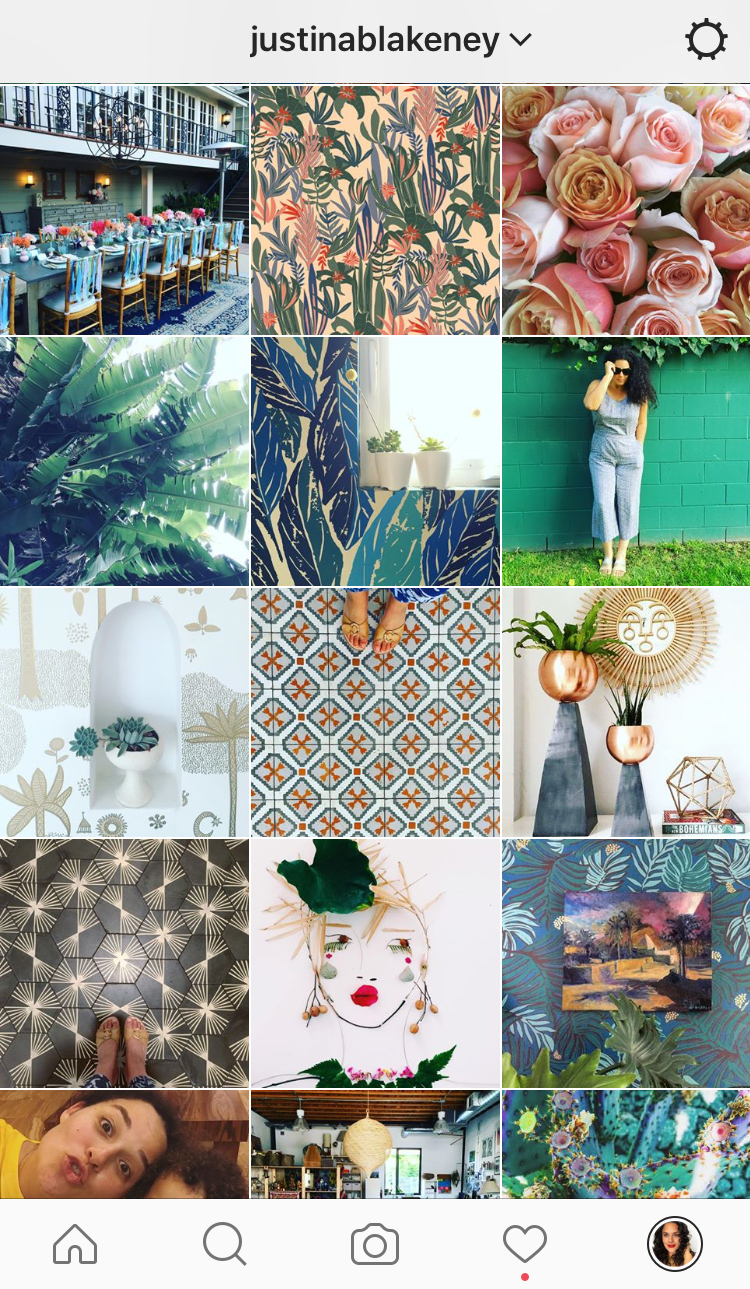 I hopped on the Instagram train pretty early, in 2011, back when vintage filters and scratchy ‘frames’ around the photos were still a thing. Now, five years later, I have three accounts (a personal account, a Jungalow account, and an account for the Face The Foliage project, curated by the Sister Golden Shop) and through a series of tactics that you can read more about here, I’ve amassed a pretty huge following. One big change I’ve noticed lately is that while a few years ago most people were using Instagram to share their own original photography, it’s becoming increasingly popular to share other people’s work on the platform (and I do it too!).

And while I don’t by any means consider myself to be an etiquette expert (I’ve been known to put my bare feet on the dashboard while in the passenger’s seat) nor am I qualified to share legal advice, I have been teaching quite a few workshops on social media lately and it occurred to me that many people may be sharing other people’s images without properly crediting simply because they don’t know any better. So I thought I’d share the practices that I’ve adopted, and what works for me, in hopes to help this situation even a tiny bit, because, let’s face it, it sucks when people share your work without giving credit, right? Especially when we’re all trying to grow our audiences. A regram from any account, (but especially an account with a large following) is a great way to grow, so if we all can work a little harder to give credit where credit is due, I think that it will help to foster a better, more inspiring, community.

I should start off by saying that other people’s images are their property. Again, I’m not a lawyer, but I do know that technically if someone wanted to go after you for using their images without permission, they could. So again, this isn’t about what you can and can’t do from a legal standpoint — it’s about what I consider to be best practice when sharing images created by other people on Instagram.

Giving proper credit for people’s work is really a respect issue. It takes much less time to figure out how to credit an image than it does to actually create the imagery–so I think that crediting properly is really the least we can do. What do think? Have your images ever been shared without proper creditation? Did it bum you out? Did you care? Did you say something? How did you handle it? I’d love to hear your thoughts!