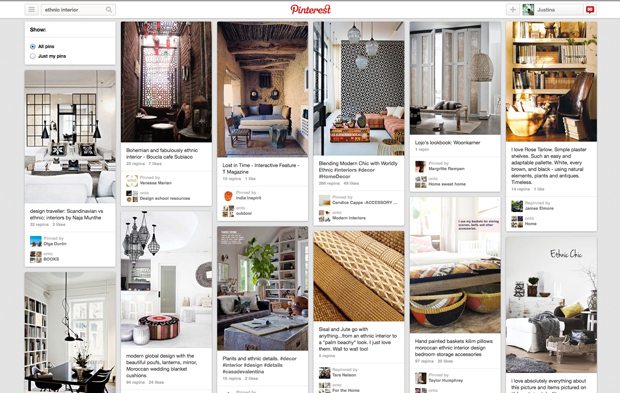 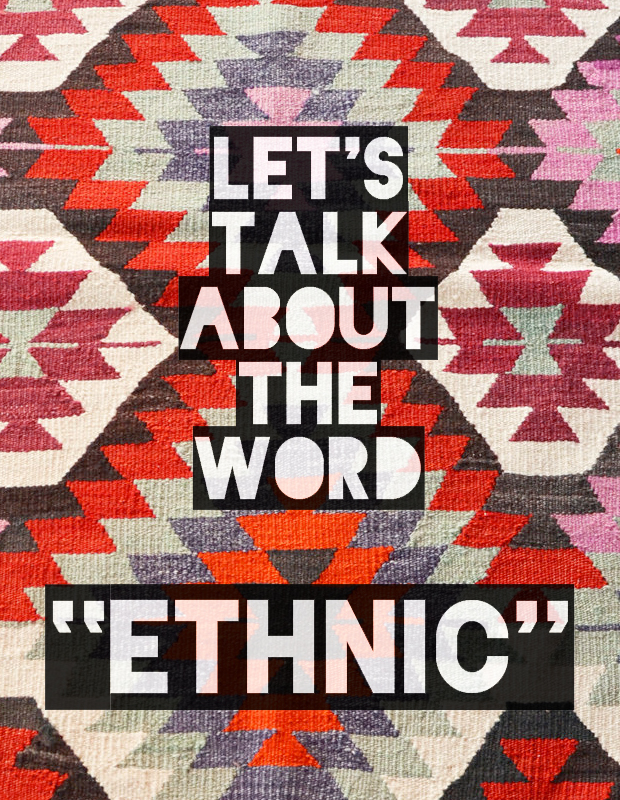 OK. So let’s talk about the word ‘ethnic.’ Here’s the Webster Dictionary definition of the word:
eth·nic adjective \ˈeth-nik\
: of or relating to races or large groups of people who have the same customs, religion, origin, etc.
: associated with or belonging to a particular race or group of people who have a culture that is different from the main culture of a country

But what the word has come to mean in the design world (or at least on Pinterest) seems to be any room, outfit, or adornment that looks like it does not have Western-European origins. This annoys me, and troubles me as well. It’s lazy and inaccurate to call something simply ‘ethnic.’ What’s more, it doesn’t mean anything. It’s kind of like describing something as ‘interesting.’ It’s not a descriptor. It also reinforces the concept of the ‘other’–like we are like this, they are like that.

In the past few weeks I’ve been interviewed for books, blogs or magazines and each time, either the word ‘ethnic’ or ‘global’ has come up when the interviewer has described my style. Each time it didn’t sit with me well.  We all live on earth, right? So what exactly is global style? Does it mean that I mix styles form around the globe? If so, OK.  At least I like that word better than ‘ethnic’– but I’ve been seeing the words ‘global style’ a lot lately to describe, say, Moroccan decor, Turkish Decor, Mexican decor and/or Indian decor–and in that case, well, I think calling it ‘global style’ is a total misnomer.  I see people (myself included sometimes) flirting with terms like ‘folk’ (or ‘tribal’) but these words do little to solve the issue at hand–and the word ‘tribal’ totally rubs me the wrong way. 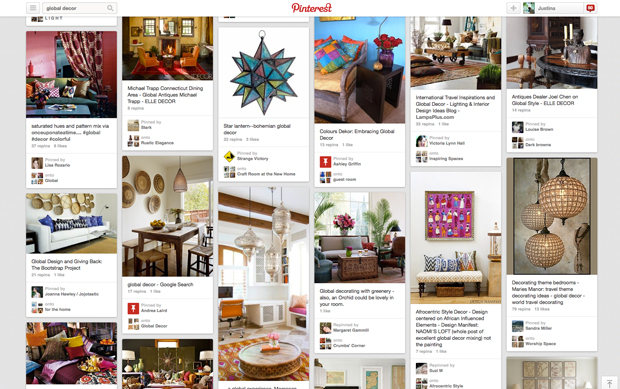 I get the feeling that many of these terms are used simply because people don’t know where the designs are from– it’s foreign, and exotic, and so it gets labeled as ‘ethnic.’  But labeling these designs simply as ‘ethnic’ totally wipes out the cultural heritage of the pieces and the intentions of the designer.  It ignores geography, highlights cultural ignorance and sets the stage for misunderstanings and cultural clashes.  Say, for example, a prayer-rug is unintentionally used as a bath-mat? It’s important to look at the history of objects in order to respectfully (or at least consciously) put them in new contexts. 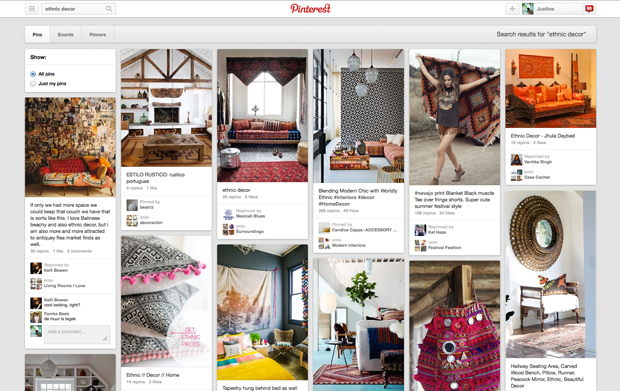 So here’s what I try to do when I come across things labeled as ‘ethnic’ on Pinterest. I try and identify where that something is actually from. So, for example, I’ll correct the copy on a pin from ‘Pretty Ethnic Decor” to “Turkish Kilim Pillows, Moroccan Rug and a butterfly chair.’ Or I just erase the word ‘Ethnic” altogether.  For spaces that mix up lots of things from different countries, I prefer the term ‘eclectic.’ But I do think that it is important that we start to do a better job of saying what something is in its context.  Plus, if we don’t know where something is from, and we do a little research, we learn something and know better for next time–it helps to break the cycle of ignorance. How many Turkish rugs have I seen labeled as ‘Navajo’? (A lot!)  How many geometric patterns have I seen labeled as ‘Aztek’? (A lot!) Well, what does a true Aztek pattern look like? What are some of the differences between Turkish and Navajo rugs? It is by asking these types of questions that we can learn about different cultures, and avoid the lazy trap of calling something unfamiliar ‘ethnic.’ 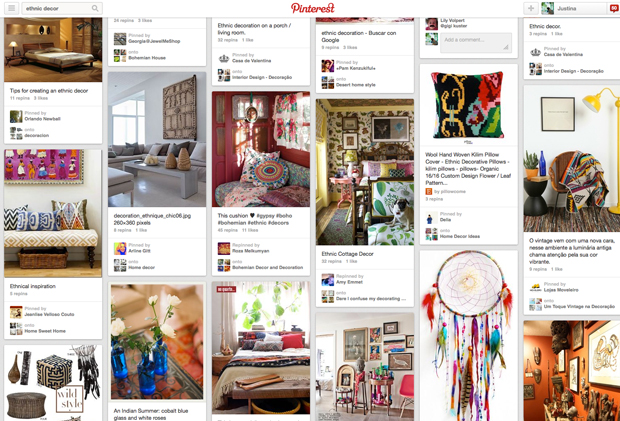 I’d love to hear your thoughts on this.  Perhaps I’m ultra-sensitive to this issue because people often refer to me as ‘ethnic’ because they don’t know what my cultural heritage is. What do you think when you see the word ‘ethnic’? Does it bother you? Have you thought about the word before and what it means in the context of design, decor and fashion? What words do you use to describe designs of different cultures? What words would you use to describe my designs, or your own designs?  I can’t wait to hear your thoughts on this!